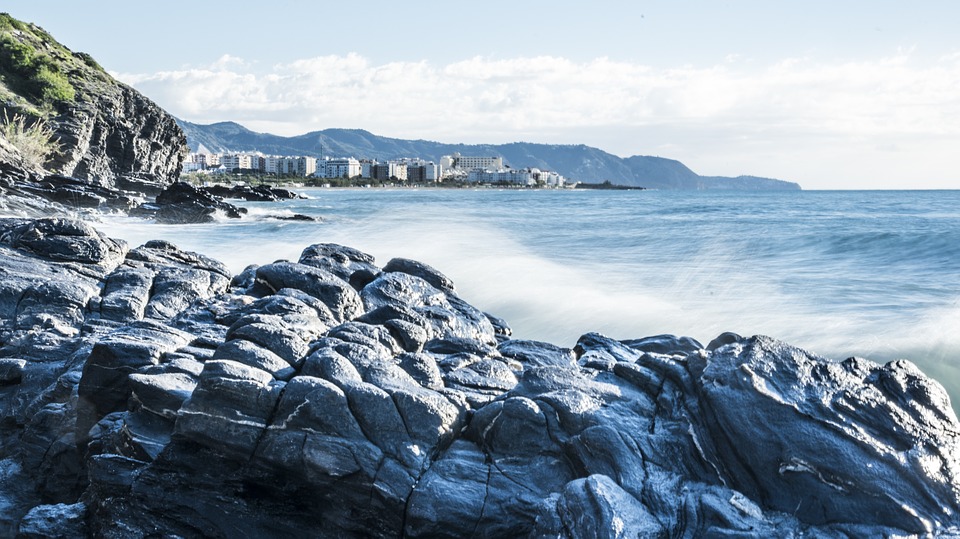 “What giants?” Asked Sancho Panza.
“The ones you can see over there,” answered his master, “with the huge arms, some of which are very nearly two leagues long.”
“Now look, your grace,” said Sancho, “what you see over there aren’t giants, but windmills, and what seems to be arms are just their sails, that go around in the wind and turn the millstone.”
“Obviously,” replied Don Quijote, “you don’t know much about adventures.” – Miguel de Cervantes Saavedra

Do you know much about adventure? If you do, then you know the Andalusian region of Spain is loaded with it. Filled with architectural marvels, multiculturalism, arts, delicious food and gorgeous coastlines, Southern Spain is an obvious choice for your next European adventure.  Journey to the far reaches of the Iberian Peninsula to discover your inner Quijote while staying at some of THIRDHOME‘s beautiful Spanish properties. 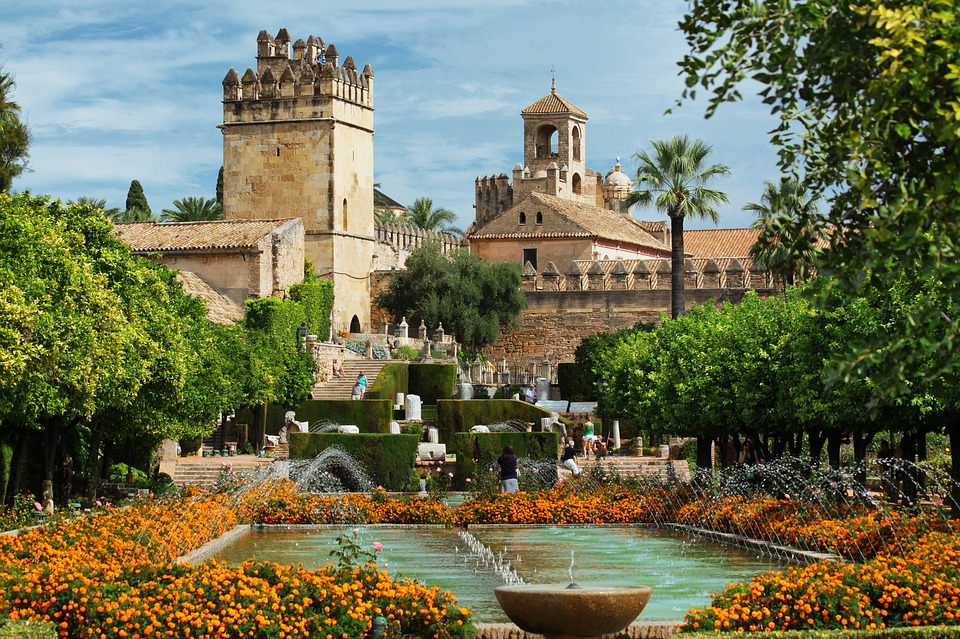 What to do: This city has changed hand many times throughout history. It started as a Roman settlement, was colonized by Moorish armies, and then was the capital of the Caliphate of Cordoba. In the early 13th century, the city returned to Christian rule during the Reconquista, but still retains elements of its Moorish past. This melding of Muslim and Christian architecture and culture is something that will be seen all over Southern Spain, but one of the best examples is the Mosque-Cathedral of Cordoba. A model of Moorish architectural excellence, this Cathedral started as an early Christian Visigoth temple, was build out into a Great Mosque in 784 A.D., and was later converted into a cathedral after the Spanish Reconquista. Decorated with columns of onyx, marble and granite this place of worship is a remarkably well-preserved glimpse into Spain’s cultural past. If you’re a fan of history, architecture, and cultural expression Cordoba is a must-visit destination.

Where to stay: Click here to see all nearby Malaga properties (1-hour drive to Cordoba) 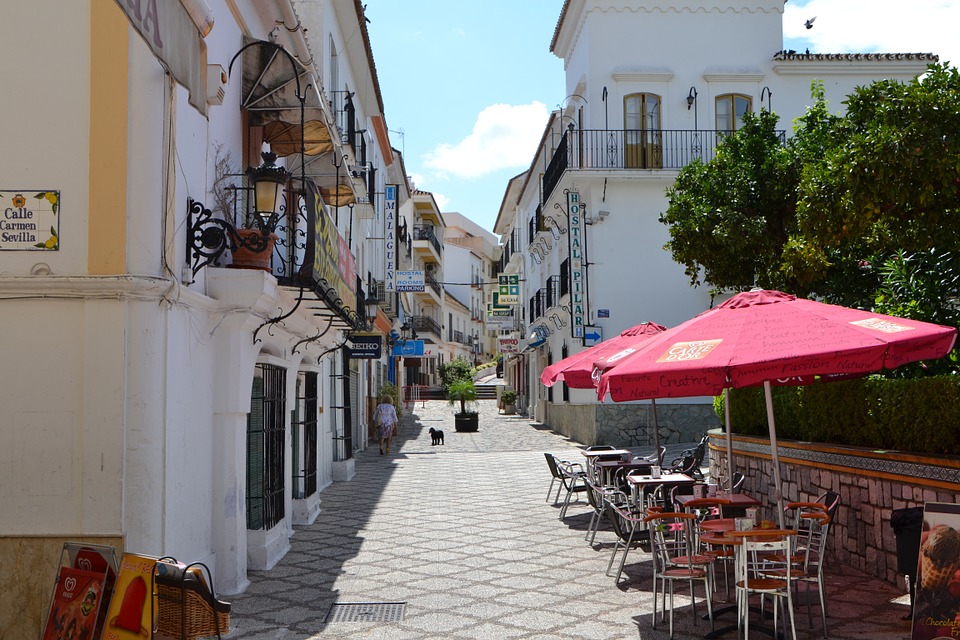 What to do: If you want your Southern Spain adventure to include a bit more family-friendly beachside lounging, than Estepona is the destination for you. As the bird flies, this pueblo-style coastal city is only 23 miles Northeast of Gibraltar, near the start of Costa del Sol. The area is surrounded by beaches (be sure to research the dress code) some of which have a clear view of the African coast. These beautiful views can also be enjoyed from one of the region’s many high-end golf courses. Tennis and cycling are also very popular local pastimes. There’s much to do in this coastal town, and it can be a wonderful jumping off point for other Southern Spain excursions.

Where to stay: Click here to see all Estepona properties or stay at this Estepona beachfront villa. 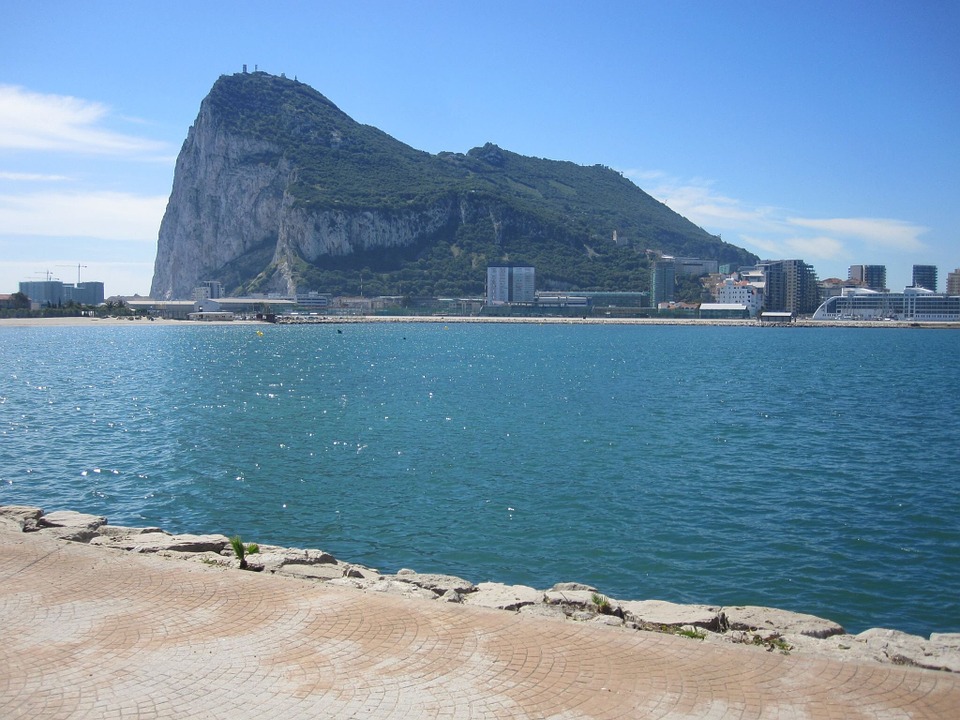 What to do: Technically not a Southern Spain destination (while still in the Southern region of the Iberian) Gibraltar is a British Overseas Territory. The small sliver of land even has its own currency, the Gibraltar Pound. It’s been under British control since 1713 and was a strategic location for British naval operations during World War II. One of the destination’s most recognized features is the Rock of Gibraltar, a nearly 1,400-foot tall limestone headland into the Strait of Gibraltar. The Rock has been used as a military outpost since the early Moorish invasions of the early 700’s but is now primarily known for its history and fauna. Visitors are sure to encounter the playful and mischievous Barbary Macaques Monkeys that dwell on the rock-a long held staple of Gibraltar tourism. It’s rumored that Winston Churchill ordered the repopulation of the monkeys citing the belief that as long as monkeys live on Gibraltar, it will live under British control. They now roam freely and protected on the Rock of Gibraltar, following snack-toting tourists as they climb to view the distant African coast.

Where to stay: Click here to see this nearby Torreguadiaro sea view property. 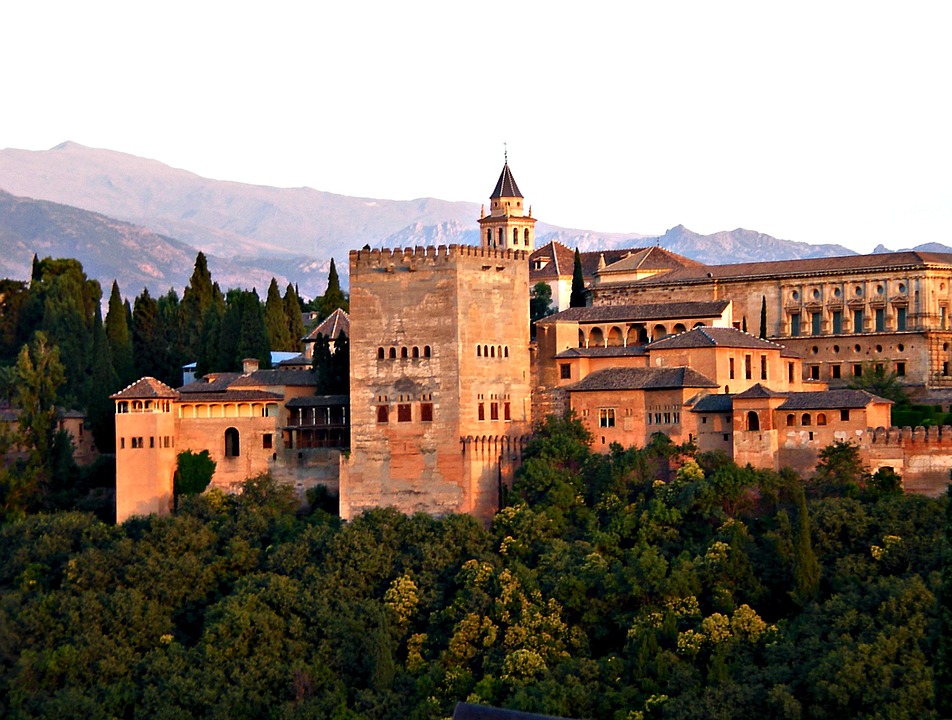 What to do: It’s a little overwhelming standing in a room that has had such a major impact on the history of the world. In Granada, you can visit the Castle of the Alhambra and the throne room of King Ferdinand and Isabela, where Columbus requested royal sponsorship for his fast route to India. It was also one of the last strongholds of the Moors during their reign over the Iberian Peninsula. The castle is in remarkable shape and is still available for tours. Aside from the world-turning historical events that took place in Granada, the city is also well equipped with flamenco dancing, street art and delicious tapas. Granada is an essential stop on any Costa del Sol trip.

Where to stay: Click here to stay at this luxury golf villa in nearby Mijas. 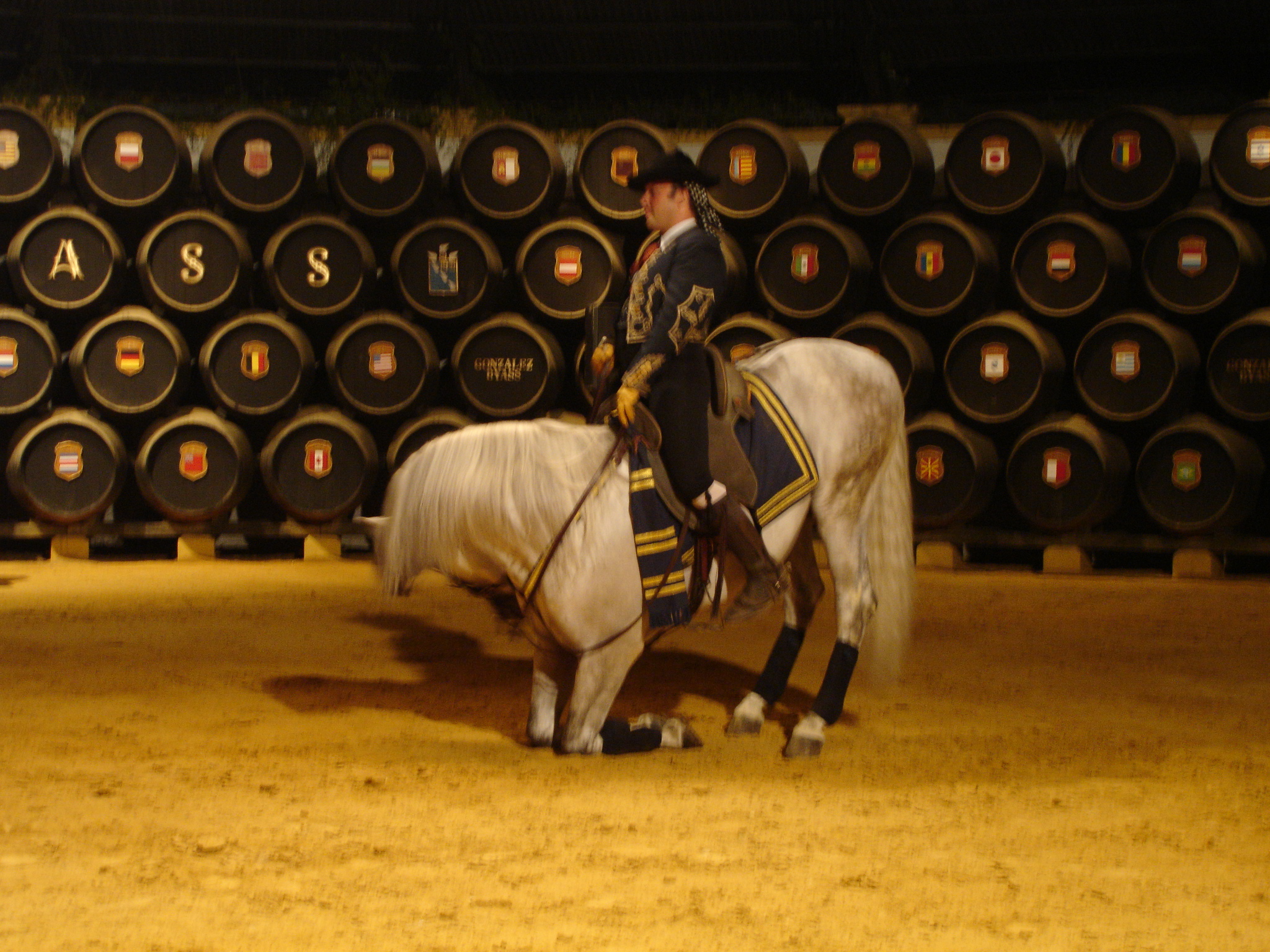 What to do: If you’re anything of an oenophile, especially with an interest in fortified wines, Jerez is the city for you. Considered the world capital of sherry, Jerez has been making wine since 1100 B.C. Since then Jerez Sherry has gone worldwide. In Jerez, you can visit Sherry bodegas such as Gonzales Byass, and vineyard for some hands on viticulture research. In the same visit, you’ll also discover the origin city of flamenco singing. Although many southern cities claim flamenco heritage, Jerez’s flamenco tradition dates back to the 18th century, and even includes a special form of horse flamenco. Grand Prix motorcycle racing also takes place in early May on El Circuito de Jerez. There’s no shortage of cultural exploration to be had in this city of early innovation.

Where to stay: Click here to see a nearby property in Ronda (1.5 hours to Jerez). 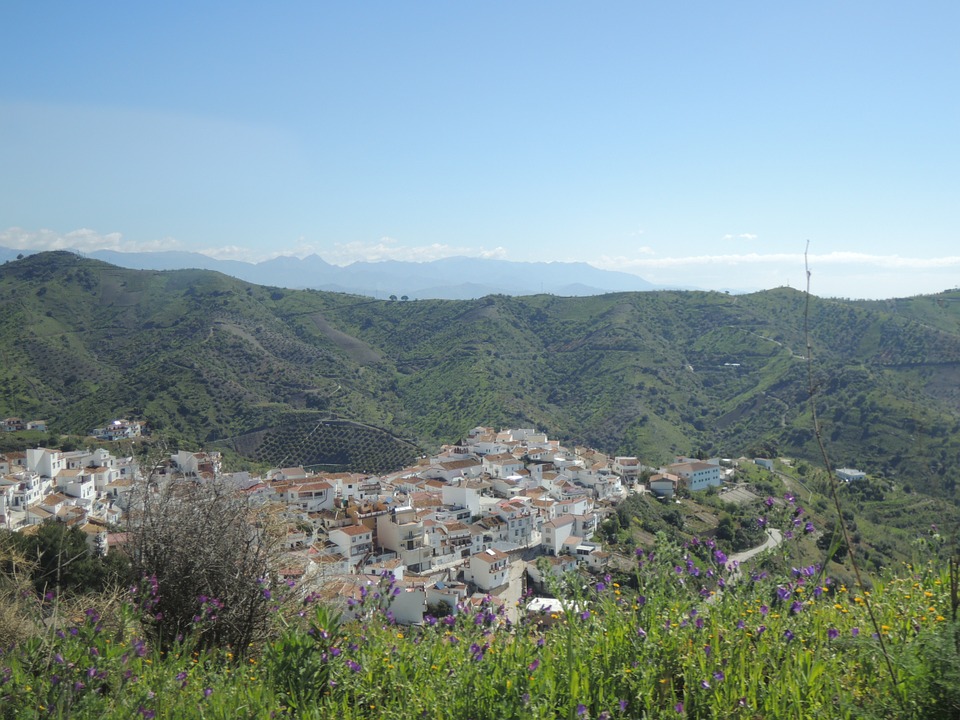 What to do: Lovers of art history will quickly recognize this city’s name. Malaga was the hometown of famed artist, Pablo Picasso, and is still home to a museum named for him. Dating much further back than the works of Picasso is the Alcazaba de Malaga, a giant seafront fortification. This fortress was constructed by Moorish invaders, but some of its materials, including remnants of an amphitheater, date back to the Romans. The city of Malaga was founded as far back as 770 B.C by Phoenician traders from Tyre (southern Lebanon) making it one of the oldest cities in the world. Since its early beginnings, Malaga has grown into a thriving cosmopolitan coastal city with plenty of modern amenities to complement its historic appeal. Visit Playa de Burriana for some beachside fun and dine on some of Malaga’s most delicious paella at Restaurante Maria. Dive into the past and relax in the present in the city of Malaga.

Where to stay: Click here to see all Malaga properties. 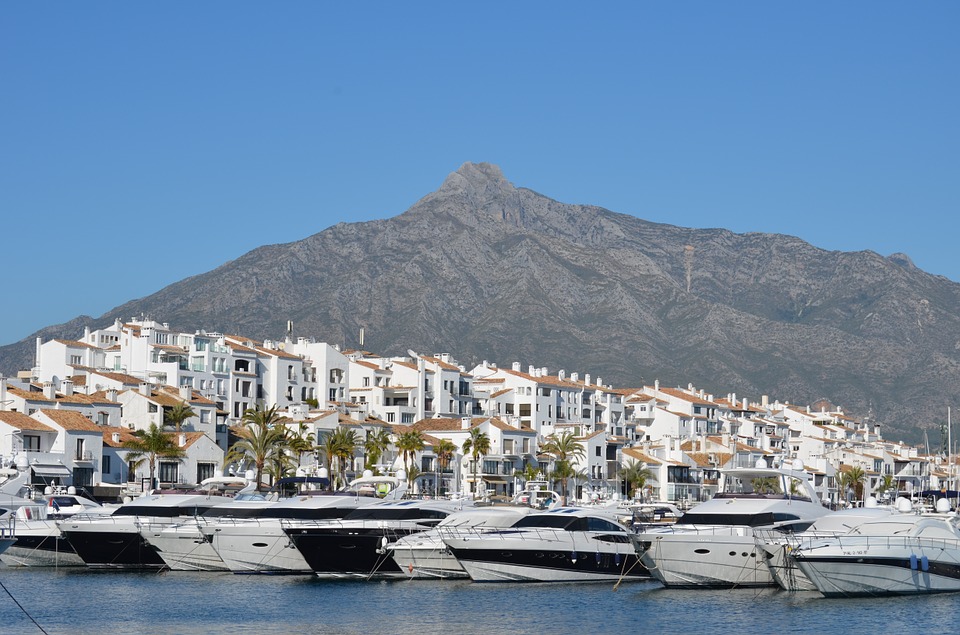 What to do: A part of the Province of Malaga, Marbella covers 45 square miles of coast and Sierra Blanca foothills. Post World War II, the small city became a tourist destination for the ultra wealthy as many aristocrats and nobility descended on real estate in the area. Marbella’s Golden Mile, a stretch of luxury housing, is the embodiment of this pattern of postwar spending. Besides the luxurious properties, Marbella hosts 24 separate beaches across 17 miles of coastline. These elements of foreign investment, beachside property and beautiful views has created a vibrant cultural scene in Marbella. Each year the city hosts the Marbella International Opera Festival, the Marbella Reggae Festival, and the Marvella International Film Festival. Attracting residents such as Sean Connery, George Clooney, and Antonio Banderas Marbella has become a kind of Beverly Hills to Spain.

Where to stay: Click here to see all Marbella properties or stay at Bahia de Banus Villa. 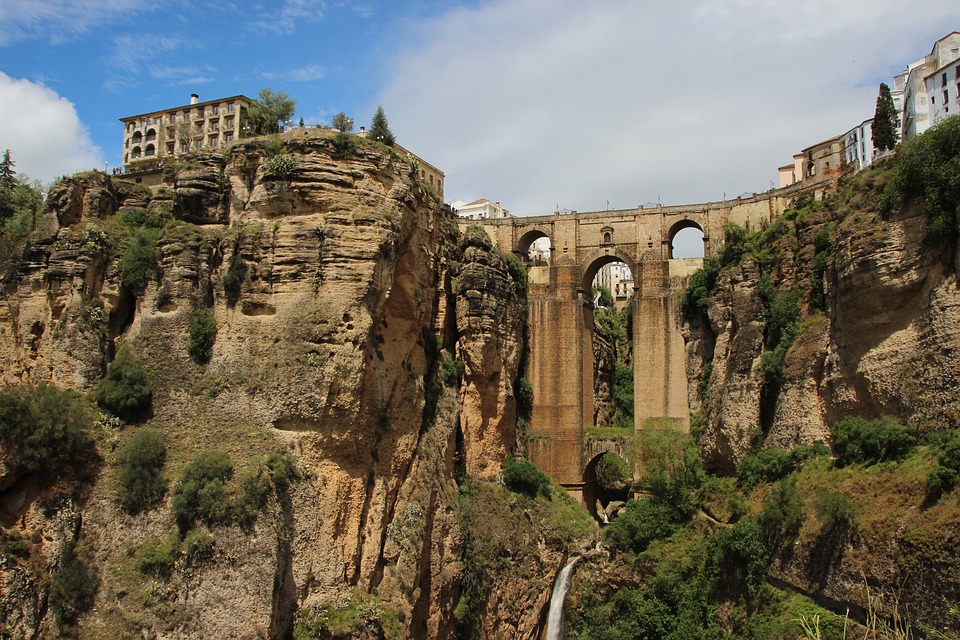 What to do: German poet Rainer Rilke once remarked, “Nothing is more startling in Spain than this wild and mountainous city.” Other famed artists certainly must have agreed. Ernest Hemingway and Orson Welles summered often in Ronda, the former basing a scene in For Whom the Bell Tolls on an event that took place there during the Spanish Civil War.  Welles had such affection for the destination that he requested that his ashes be buried at the nearby property of a retired bullfighter. But what was it about Ronda that these prolific writers loved? For one, the bullfighting-Ronda is the home of the oldest bullring in Spain, having been built in 1784. The city also has remarkable geography. Perched atop a mountain overlooking El Tajo Canyon, Ronda is a naturally divided city, with sections only accessible by steep stone bridges. Walk in the footsteps of Hemingway and discover the historic treasures of Ronda while staying with THIRDHOME. You can also read more about THIRDHOME CEO, Wade Shealy’s motorcycle journey to Ronda and through Southern Spain here.

Where to stay: Click here to view this chic Andalusian property in Ronda. 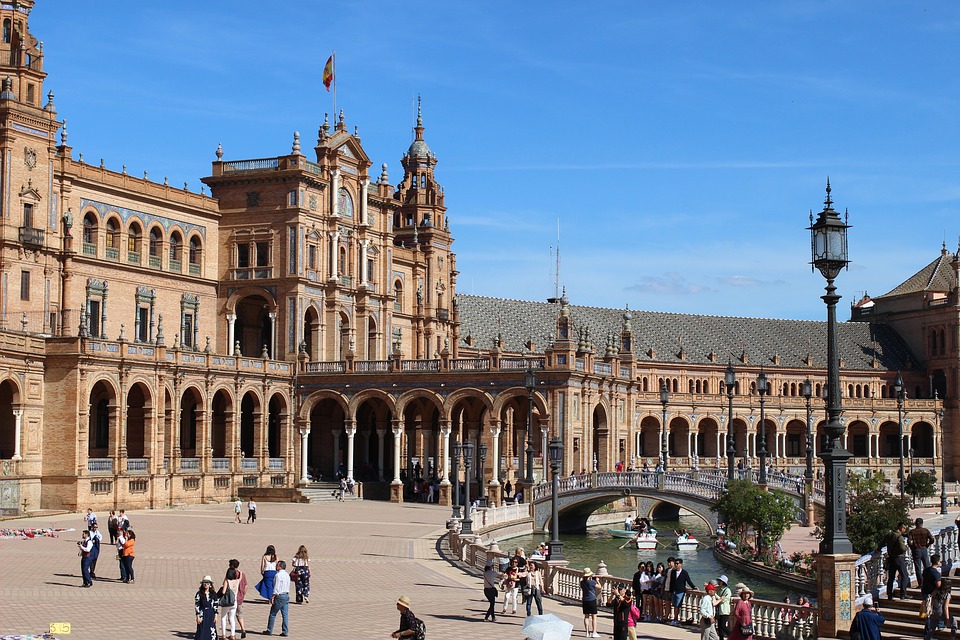 What to do: What trip to Southern Spain, or the entirety of Spain for that matter, would be complete without a trip to Seville? Baking under the hot Andalusian sun is a city of romance and bullfighting machoism. The romance of the city is almost palpable, immortalized flamenco tales such as Carmen.  Castañetas can be heard clapping around the densely packed corridors as guitarists strum, dancers tap and tourists evade the ever looming sun. Many find shade in the enormous Seville Cathedral, the largest Gothic Church in the world, and also where Christopher Columbus is rumored to be buried. The nearby Alcázar of Seville is a monument to Mudéjar architecture and has been featured in productions such as Game of Thrones, Lawrence of Arabia, and Kingdom of Heaven. Discover Spain’s artistry at Sevilla’s Museum of Fine Art, which features work by Velázquez, El Greco, and Francisco de Herrera. Seville’s abundance of cultural and historic exploration could take up an entire trip, and the city serves as a microcosm of the greater Andalusian region. But don’t limit yourself to just one or two cities during your Southern Spain trip. Utilize the efficient network of trains that connect each city to the next. Discover all that Southern Spain has to offer with THIRDHOME today!

Where to stay: Click here to see these Malaga properties (less than 2-hours to Sevilla by train).

Before your first visit to Andalusia, you may think that it’s just like the rest of Spain. But you’ll soon discover that Southern Spain keeps treasures all its own, from its colorful traditions to its astounding architecture. Discover what Southern Spain has to offer with THIRDHOME.

Click here to see all available properties in Spain!