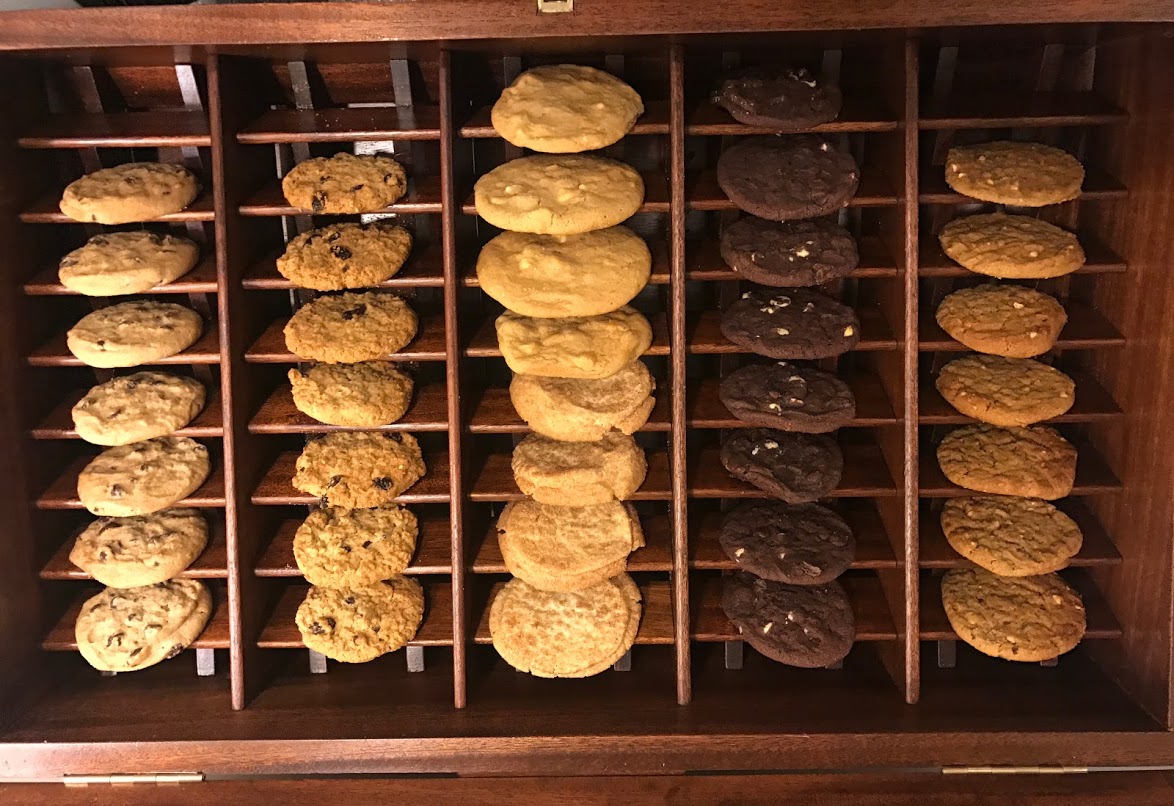 They had me at the 24-hour-a-day cookie box!  Located in the lobby of the Ritz Carlton Destination Club in San Francisco was a wooden box filled with 5 kinds of fresh baked cookies. Our friendly concierge Mark gave us our welcome cookie and explained that humidors were not just for cigars anymore, but were the perfect holding tank for cookies. He then sent us up to the swanky 12th floor guest lounge for a complimentary California wine tasting. Following our tasting, we entered our 2-bedroom residence and found a bottle of sparkling wine to assist us in celebrating my friend’s birthday. In 45 years of vacationing I can’t remember a better opening hour. It was shaping up to be a really good week in San Francisco. 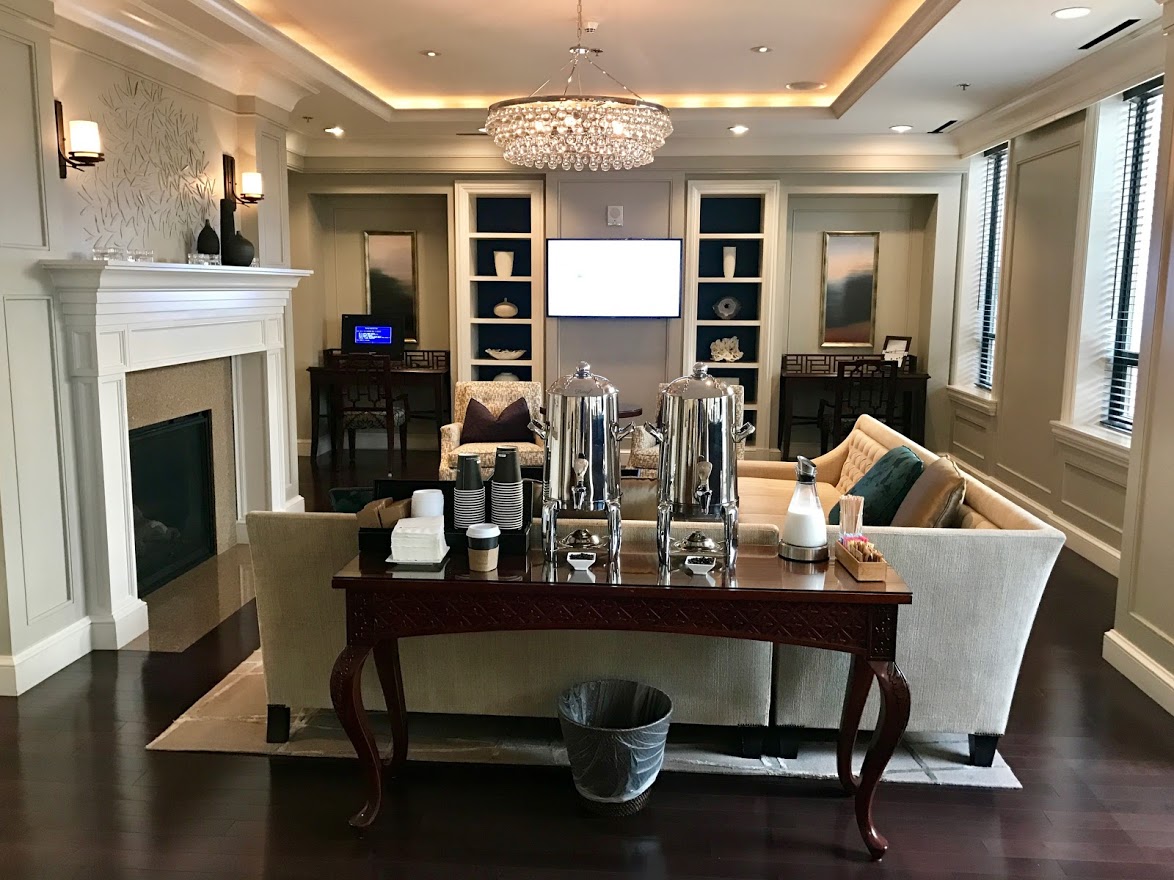 This was my second stay at a Ritz-Carlton Destination Club residence through THIRDHOME and like my stay in St. Thomas, the customer service was unmatched. Our residence had everything necessary to really relax and be comfortable after a day of sightseeing. The location in downtown San Francisco was perfect: It was an easy walk to numerous restaurants and 3 blocks from Trader Joes allowing us to stock up on food and adult beverages. They even had a state of the art exercise facility to work off some of the Ghirardelli chocolate calories we packed on all week. Additionally, the staff were extremely helpful in sharing dining and transportation options. 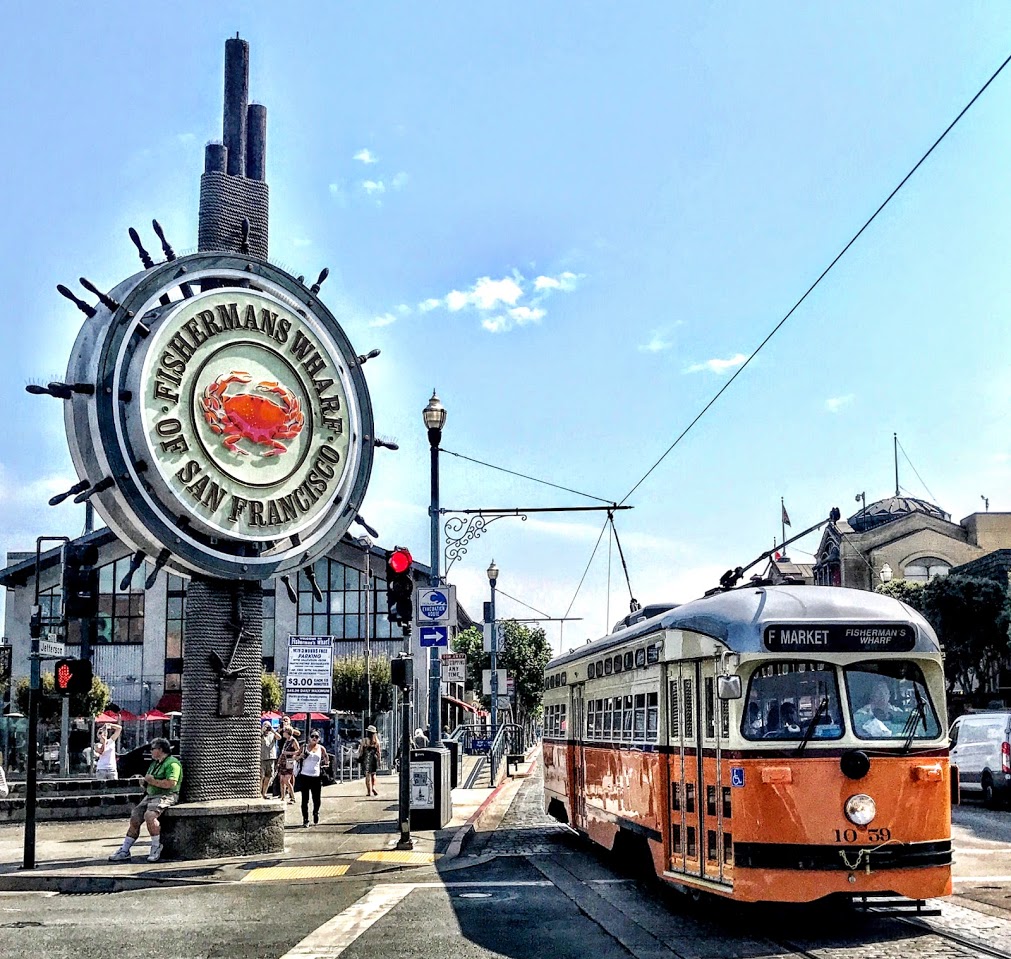 This Ritz-Carlton Destination Club residence was the perfect base for exploring all that San Francisco has to offer. In a 1999 Special Edition, National Geographic Traveler named “50 Places of A Lifetime” to visit and explore. Included were 10 cities, only 2 of which are located in the US: New York and San Francisco. There’s a good reason San Francisco made the list and we were determined to fully understand and appreciate this choice before our week ended. Of course we “cable carred” on the Powell-Hyde Line, we “Fisherman Wharfed” at Pier 39 and we “Anchor Steam Beered” at the Anchor Brewery, all of which were iconic picture-perfect experiences. We biked through Golden Gate Park, toured the Castro district and experienced Haight Ashbury during the 50th anniversary of the “Summer of Love”. We biked to a San Francisco Giants baseball game and took our picture in front of the Willie Mays statue.

But our Top 3 San Francisco activities were our self-guided bicycle tour over the Golden Gate Bridge, our magical walk through Muir Woods and our ferry ride and tour of Alcatraz Island. 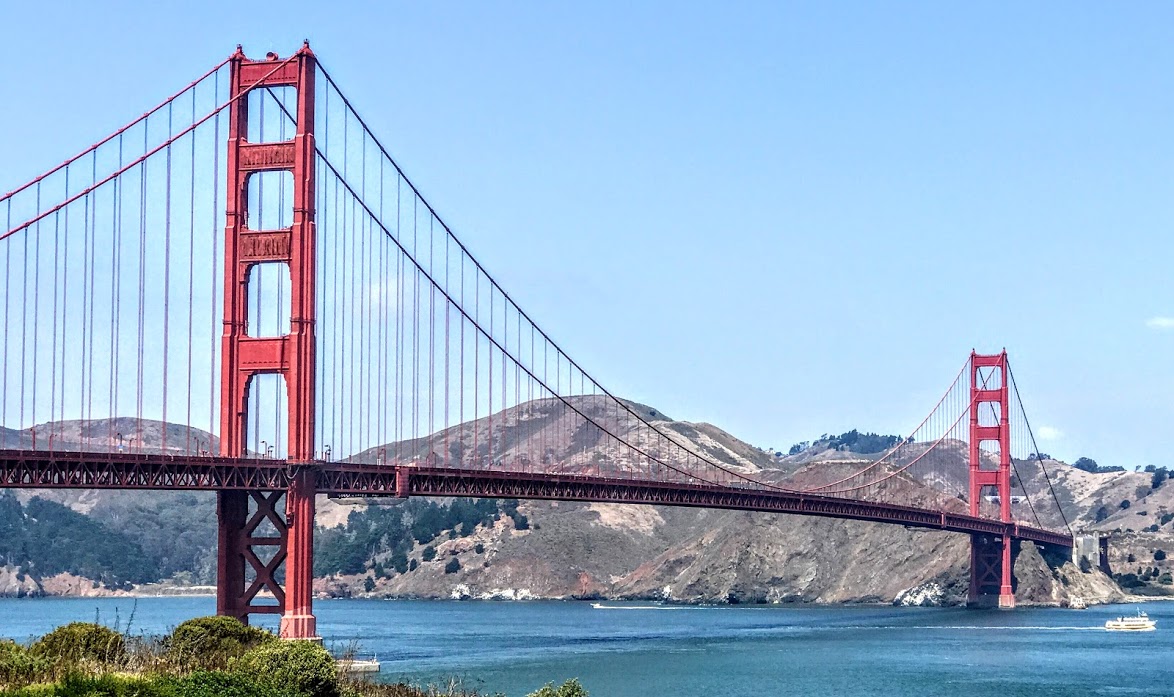 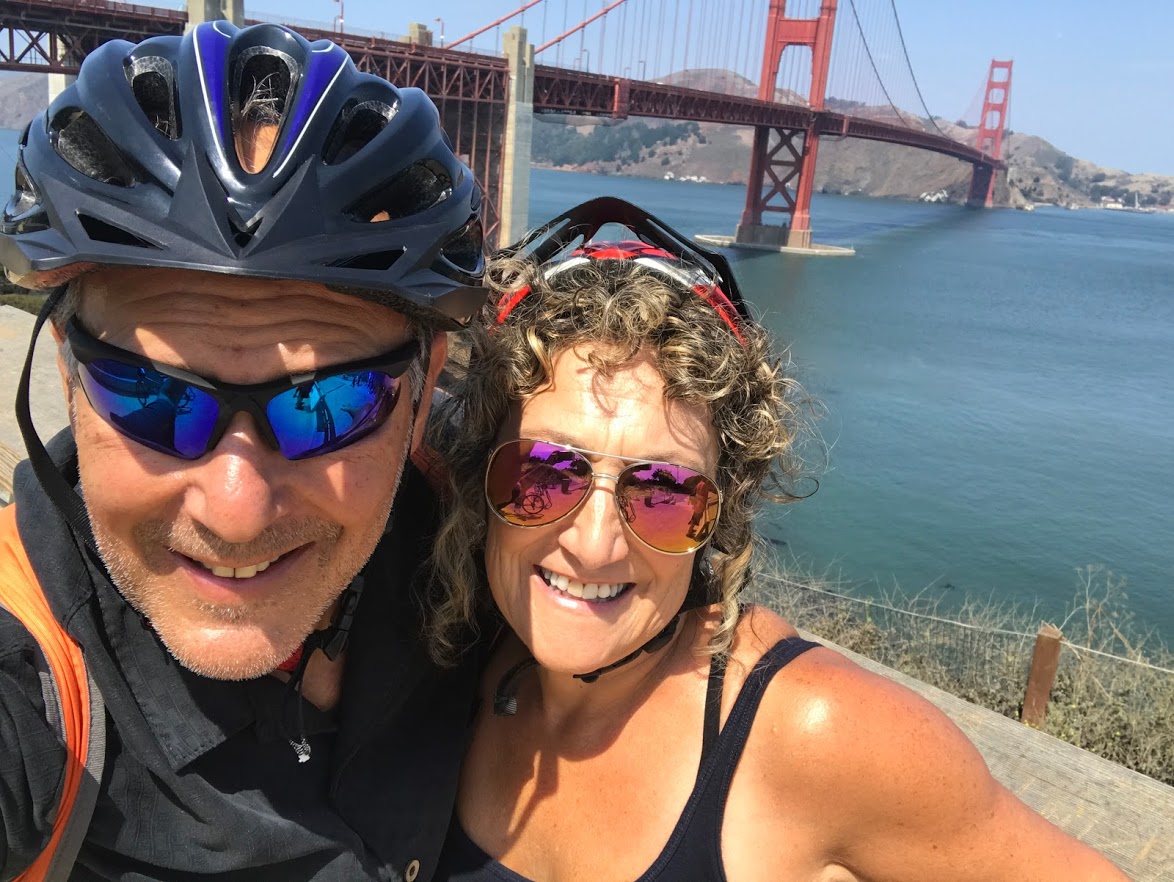 Cycling through the Presidio, over the Golden Gate Bridge and coasting downhill to the town of Sausalito was an absolutely exhilarating experience. The views from the top of the bridge of San Francisco were sensational on an unusually clear day for the Bay area. Dozens of people were out enjoying the day walking and biking across the 8,891-foot span of the bridge and most of us stopped at the highest point to take out our cameras and record the experience. After a curvy and scenic downhill ride we ended up in downtown Sausalito, a historic waterfront community with loads of cool shops and waterfront watering holes. The marina featured several houseboats and legend has it that Otis Redding wrote his famous “Sitting on the Dock of the Bay” while living on one of these boats. An unexpected treat suggested by locals was ice cream at Lappert’s ice cream shop featuring giant scoops of Kona Coffee and Kaui Pie in a waffle cone. It was well worth the ride. 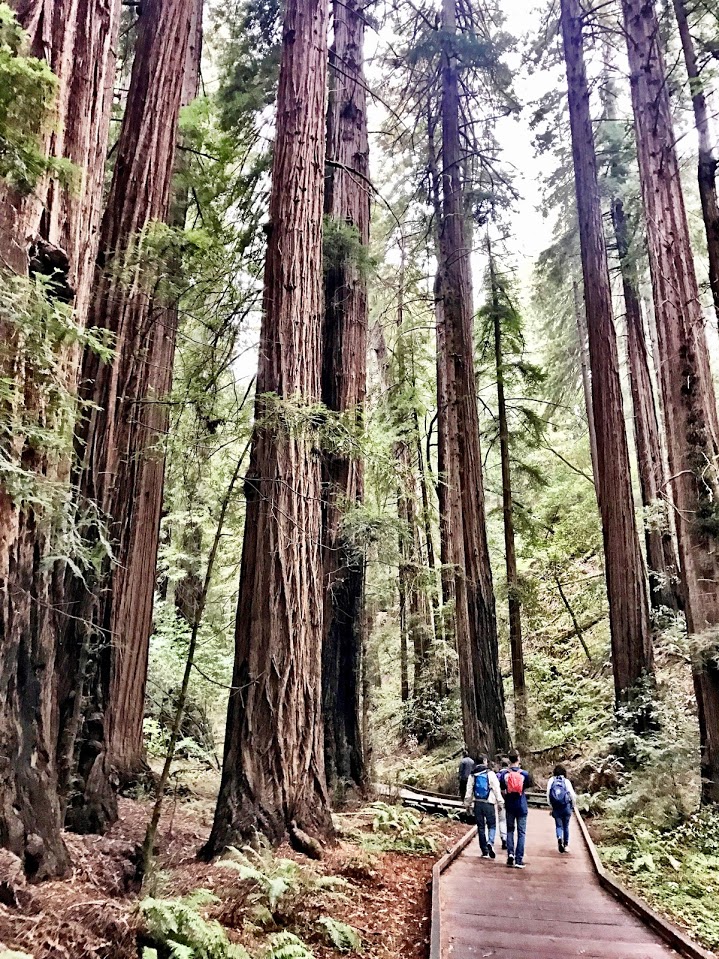 Our second “don’t leave San Francisco without experiencing it” adventure took place 30 minutes north of the city in Muir Woods National Monument. Everyone should experience the mystical nature of hiking underneath a canopy of coastal redwood trees. It is hard to believe this beautiful park is so close and accessible to a major city. The sheer majesty of these giant trees makes one talk in hushed tones and use an indoor voice. We entered the park with our map, water and camera and 3 hours later exited feeling humbled, tired and awed by this magnificent place. The only disappointing thing for me personally was when my friends informed me that Caesar and his ape friends and family from the movie “Rise of the Planet of the Apes” didn’t really live there as portrayed in the movie. They politely suggested I stop calling out Caesar’s name as we strolled through the park. I was gratified to read later that park officials attributed a recent increase in attendance at the park to the movie’s release so I clearly was not alone in my hope to run into the apes. 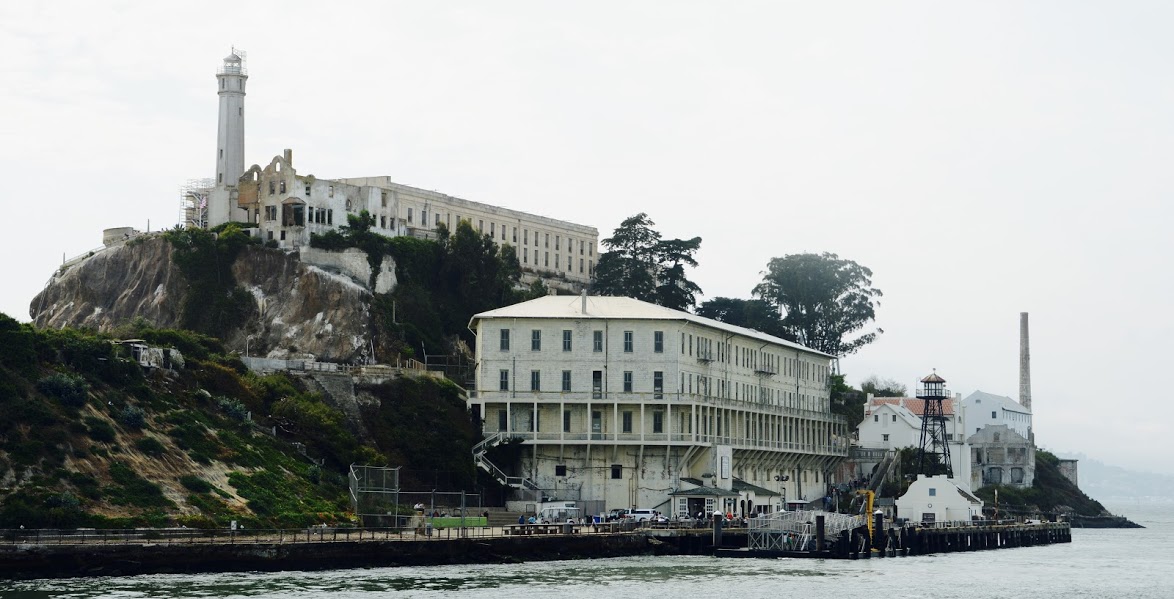 Our third great San Francisco adventure was the ferry ride to and the tour of Alcatraz Island. I’m old enough to have seen Clint Eastwood’s “Escape from Alcatraz” and Charlton Heston’s “The Birdman of Alcatraz”, which both spark curiosity to visit the island and walk the grounds. The exceptional self-guided tour of the prison included headphones and narration from former prisoners and guards complete with sound effects and compelling storylines related to prison riots and escape attempts. As the ferry left the dock to return to San Francisco I could picture the 3 escapees entering the Bay on their improvised raft to try to get to the mainland. To this day the fate of these men is unknown adding to the intrigue of Alcatraz. 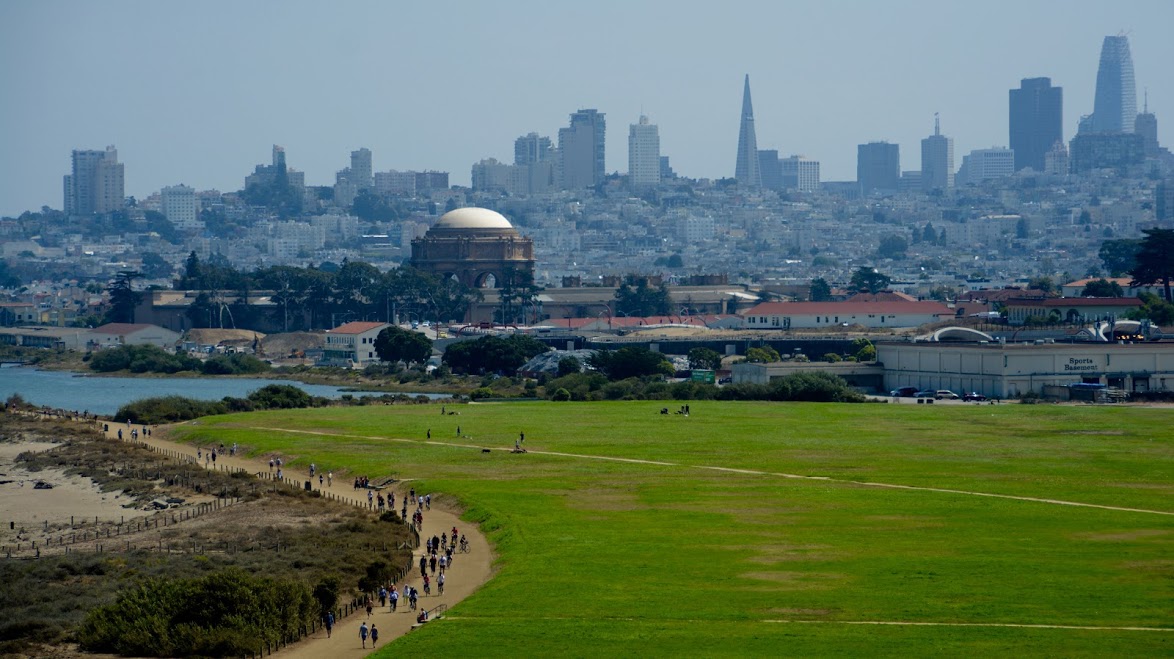 To summarize the week, National Geographic Traveler had it right, San Francisco is one of the great cities of the world and any traveler who has the opportunity should pay it a visit. Just don’t forget a good pair of walking shoes!